Space Baby in a Bubble 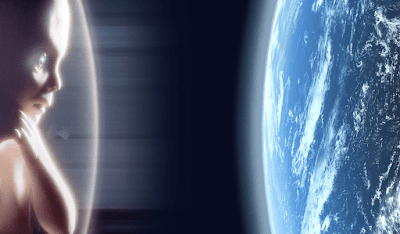 Rubbing one's face is the most childish procrastination ever, (I was just doing it.)  I wish I didn’t do it (I did it again,) but I catch myself doing it all the time. I don’t even know I’m doing it most of the time.  It just looks dodgy.  You shouldn’t touch your face.  The only people that touch their face are babies and junkies. Or models, but that’s only in photo shoots.

I recently went to Float in one of those zero gravity floatation tanks - it was weird and at times creepy, but the most comfortable place I’ve been since the womb. It was weird for obvious reasons - I’m paying, well, (I didn’t pay, but a fan paid for me - where the weirdness begins, but that’s the kind of weird I’d like to encourage.  It’s all good weird actually, but that doesn’t make it less weird.) somebody paid for me to be alone in a very small room in the dark for 90 min.  Room is a generous word, it’s a place, a pod.  For the most part it was creepily normal, just a little off normal - like the intense eyed but barefoot and very chilled bearded dude who greeted me, or the equally glassy other guy that I eventually followed back to my chamber.  I got the sense that either one of them could be used as a floatation device in the unlikely event of an emergency.  I got an orientation to the showering system and how to plug my ears, start the timer, operate the lights or switch on music, and strangest of all, just as I’m getting preliminary Sci-Fi vibes, just as his bro-monotone voice was starting to sound a bit HAL, I was told that I was totally in control.  This is going to be a first in a few ways, then.

He warned me about getting the salty water in my eyes and used the words God-forbid, which made me more afraid of the water than I had thought about being.  I guess that’s the point of a warning.   He also told me not to trip into the tub, just to step over the edge.  Like he’d seen my act.  It had never occurred to me to stub my foot on this 4 foot wall and fall headfirst into this dangerously salinated tub.  I feared now, though, as I’m in a suggestible mood.  All the staff seemed a bit brainwashed, come to think of it, but I wasn’t afraid of that.  I wanted that kind of a clean brain - that look that they really weren’t struggling with any decisions.   Maybe theres an overlord making all the decisions for them, but they were good listeners and didn’t judge.  He left me alone and I did the whole ritual backwards. I didn’t mean to, but sometimes that happens - I’m dyslexic with directions, I'm dysrexic.  So I had to get in and out of the pod a couple of times, because I forgot some steps that were clearly important or HAL wouldn’t have explained it so thoroughly.  He was a marble eyed baby faced dude with short dark hair like a Mormon.  I forgot to ask him how old he was, but fully expected, in my Sci-Fi daze, for him to say he was 121 years old.  Just step in to this anti-aging pod and stay for 100 days, you too will be reborn.  He told me he’d be back to tuck me in, which clanged around in my ears for a minute, but when I got back from the bathroom (they’d asked me first if I wanted to go, but I chose to do it last, or just before last, after I forgot to do the thing they told me to do first and then had to do even laster, after I’d already em-podded. I had to de-pod and re-pod, but that wasn’t too hard.  The lid was light, just like he said it would be, and also made me feel totally in control.) It was the other dude, Bearded HAL, who got all my personal information on an etch-a-sketch tablet.  I couldn’t figure out how to work the calendar.  He was very helpful.

Laying down in the white pod, lowering the feather-light lid, and pressing the go button for the lights to go off, I did not expect the space age sounds but they were not unwelcome.  It was actually the most familiar touchstone in the moment, and I didn’t want to let go of all my senses just yet.  I’m a sensual woman.  What would this feel like? The water was skin temperature, not warm, not cold, and it was so dense, the top half of my body was above the water level.  Ears plugged and just below the surface, the music was in another galaxy anyway.  Only slightly larger than my own body (it looked like it would be a good coffin for fully grown twins that had an 80’s color bath kind of aesthetic.) For the first few minutes, as I floated on the water I had disturbed by becoming a part of it, I would occasionally bump in to the side walls.  Every time I occasionally met the wall, there was a corresponding echoing sound from the distant speaker.  And the gentle vibration sent a reverberation up that limb gently towards the center of me. The sounds and sensations were so coordinated that for a moment I imagined the pod was living and responding with it’s own new age language.  The water was slightly viscous, like you might expect the inside of an alien AI organ to be.  I don’t want to say slimey, because it felt great, clean but rich.  Like clean is usually the opposite of rich.  These days I guess it is.

I keep touching my face now because that magnesium epsom salt bath has made me so soft. That and I wasn’t allowed to touch my face for that whole 90 minutes.  They didn’t say that, but it’s a rule I gave myself because of the salt in the eyes thing.  About maybe an hour into it, after the music had stopped and I’d let my brain wander wherever it wanted to go, while leaving my body completely inert, with absolutely nothing to do to sustain or support me - NOTHING - that’s the new experience, where did my mind go? Hither thither really, I can’t say I thought anything super deep.  I can’t remember much of what I thought at all.  In fact, I may have died - I was so inert.  I had no sensations in my body at all.  I guess that’s the closest I’ve ever really come to actual meditation, actually thinking/feeling nothing so thoroughly that you escape this plane - Looking back, I felt like the space baby at the end of 2001 floating in amniotic space fluid, and occasionally having starry visions of the whole elephant, not just the part I am usually blindly groping down here on earth. Yes that was a flashback to a ayahuasca journey from 15 years ago. The even older image of the circle within the circle came through for a visit, too.  But the ball bobbed on - this long lyric of relaxing my grasp on myself.  Let it go, let it go! It’s a sing-along with all the molecules! I think I might have actually done it.

I came to, say an hour or so into it, and decided consciously to rejoin my body.  The salt on the dry surface of me had crusted over and my body felt stiff from inaction, and inertia, the opposite of my newfound mind freedom. So, I chose a few other positions to float there in, wanting for my body to also take advantage of the experience.  I mean, when is a fan ever going to treat me to a floatation chamber on a day off in St. Louis again? Those asanas felt great too, and though suddenly I had a body again, there was nothing I could do to make it not feel great.  How often am I in pain, just dull, achy, pain that I tune out of, change the channel on?  And then the itch began.  The itch on my right nostril that I could not would not touch.  It was a game now. Change the channel, if you’re so in tune with the universe!  I couldn’t touch my face, god forbid.  Go back there.  Go back to the milky way that embraced you like a yoga pose - union with all the stardust.  If you don't have a body, you won't have an itch.  My eyes were closed, but behind the lids, I bet they were shining with the intensity of a bearded HAL, doing everything in my power to let go of the total control I’ve been given.  I did not scratch the itch.  My heart rate slowed.  I barely breathed.  I may have disappeared, there’s no way of knowing, no sensual evidence to the contrary.  When the music came back in, gently, from very far away indeed, I couldn’t help but laugh that they’d chosen a synth orchestra version of “Where Is My Mind.”  A fitting tribute to the floating parts of us, lost and found, as we bump against walls, feel and forget them, forgetting momentarily that we exist.